This contest was organized between 1 July 2009 and 30 June 2010 by Passion MSX. The goal was to promote the creation of new MSX2 games in the same way as the MSXdev’ contest for MSX1 games.

2 games were submitted. The jury was composed with 3 judges (details below the last game of the contest). Results by the jury of this edition can be checked here. 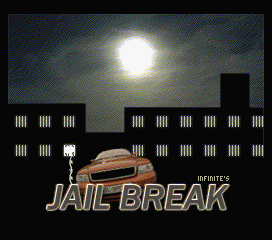 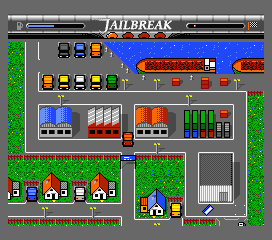 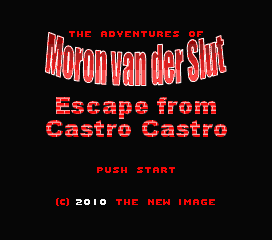 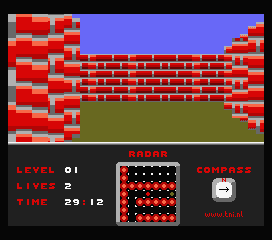 Announcement of the contest

The Passion MSX team (SuperCobra and mars2000) is very proud to announce the launch of the Passion MSX2 Contest 2nd Edition, a game development contest dedicated to the second generation of the MSX standard : MSX2 !!! As for the MSXdev’ contest, focused on MSX1, we hope that many new games of high quality will see the daylight to become source of fun for many gamers.

The deadline is fixed to 30 June 2010 23h59 CET, allowing you a full year to develop a beautiful and wonderful game.

You can also inform us about your project before submitting it so that Passion MSX can announce it. This will also give you the opportunity to openly discuss it through our forums.

You can also submit a game when there are still a long time before the deadline. If you find out some bugs or even want to add a new part, it is always possible during the remaining time to submit a new version. Only the last version submitted before the deadline will be judged.

The e-mail address for all your contacts with the Passion MSX team concerning this contest is passionmsx2@msxblue.com

A jury will appreciate the games and make the decision for these prizes. It is composed as following : the Passion MSX team (SuperCobra and mars2000) and Manuel Pazos, a talentous Spanish coder, author of Sonyc, KPI Ball, Puddleland and great MSX2 remakes (La Abadía del Crímen – Alien 8 – Knight Lore)

Rules of the contest

The game needs to be submitted under the form of a ROM file with a mazimum size of 512 kb. Smaller games are of course allowed.

To allow maximum compatibility with real machines, only the following mappers will be accepted for MegaROMs : konami without SCC, konami with SCC, ASCII 8KB and ASCII 16KB.

For more infos about these mappers, check this technical document :
http://bifi.msxnet.org/msxnet/tech/megaroms.html

You can use the programming language of your choice, but of course assembler is strongly recommended.

Other compiled and/or interpreted languages are perfectly admissible. MSX BASIC can be used as well, when converted into a ROM file.

The submitted game needs to be fully compatible with the following MSX2 configuration :

The submitted game needs also to work without any problem on MSX2+ machines (whose the RAM is internally or externally extended to 128 KB) and MSXturboR machines. If is not the case, penalties will be applied on the score by the jury.

The submitted game needs to be developed specifically for the above mentioned MSX2 configuration. It means that
- screens 0 to 3 can be used, but don’t forget that you are developing a MSX2 game, so think about the specific MSX2 features of these screens when developing the game (for example : definition of the color palette);
- screens 4 to 8 can of course be used;
- the rom submitted to the contest can contain bonuses on an hidden and de-activated way such as other sounds than PSG or specific MSX2+ or MSXturboR tricks (the activation will need to press on a specific key with as result the detection of the required hardware).

Only the submitted version in the contest will be judged. The eventual bonuses will not give additionnal points in the jury’s decision.

Preference is given to original games, but non-original concept games will be also accepted. This includes conversions from arcades and/or other console or computer systems, as well as adaptations of already existent games.

However, recompiled games are not acceptable. Already released games or hacked games will not be accepted either. Also, direct graphic or music rips from other authors used without permission won’t be acceptable.

The submitted package needs to include the following elements :
- the ROM file in its definitive version;
- the games instructions written in English;
- a high-resolution cartridge full-colour sticker.

Only the game itself will be judged.

All submitted games are freeware, even after the contest closes. Enhanced versions that are released after and outside the contest will also have to be freeware, if the concerned improvements were already present on a hidden and de-activated way in the version submitted to the contest. In the contrary case, the developper decides in full freedom the status of the enhanced version.

The freeware status needs to be mentioned in the instructions. Any freeware license can be used, as long as the full game can be freely obtained by the users.

Any finished game will be distributed exclusively through Passion MSX till the contest closes. After July 1st, 2010, developers are allowed to re-distribute their game(s) through different media as long as they are downloadable for free.

Should developpers wish to distribute their games on e.g. a cartridge, they are free to do so and fix a fair price for it as long as the user still can get the alternative to download the following versions for free from the internet : the submitted version to the contest and the improved versions if the bonuses were hidden and de-activated in the version submitted to the contest.

Beta versions used for debugging and testing purposes are allowed, but they should be only distributed to beta-testers.

By submitting a game to this contest, the developers accept to be judged on the following points : graphics/visual, musics/sfx, gameplay, originality and polish. All participants will accept the final decision of the jury.